Camaeu under fire for promoting violence against women

French clothing brand Camaïeu in its Internet store presents pictures of bruised women. The brand wanted to draw attention to the problem of domestic violence and educate on where to seek help. As a result, Camaïeu created a campaign glorifying violence.

Camaïeu has launched a social campaign to outline the problem of violence against women. Product images show the models' swollen and bruised faces and the caption "1 in 10 women are victims of violence. If you are a victim or witness, dial 3919″. The brand also created T-shirts with the inscription “3919” – emergency and hotline number for women who are victims of violence.

"The toll-free and anonymous number is still too little known, especially among people who need it most. Women who are victims of domestic violence may be more socially isolated than others” – explains Camaïeu.

The action was not liked by Internet users. "Such ads are the promotion of violence"; "Beautification of violence against women is in very bad taste"; “Domestic violence is not a disguise" – are just a few of the comments that appeared on social media.

Camaïeu's actions were also condemned by Lionesses, an organization that works to help victims of domestic violence in France. In its post, Lionesses stresses that the campaign perpetuates the stereotype of “battered women” while very many cases of domestic violence are invisible from the outside. “Many women do not complain when they are pushed to the ground, restrained, locked in the toilet or beaten so that you cannot see. And this is how most cases of violence against women” – emphasizes Lionesses. 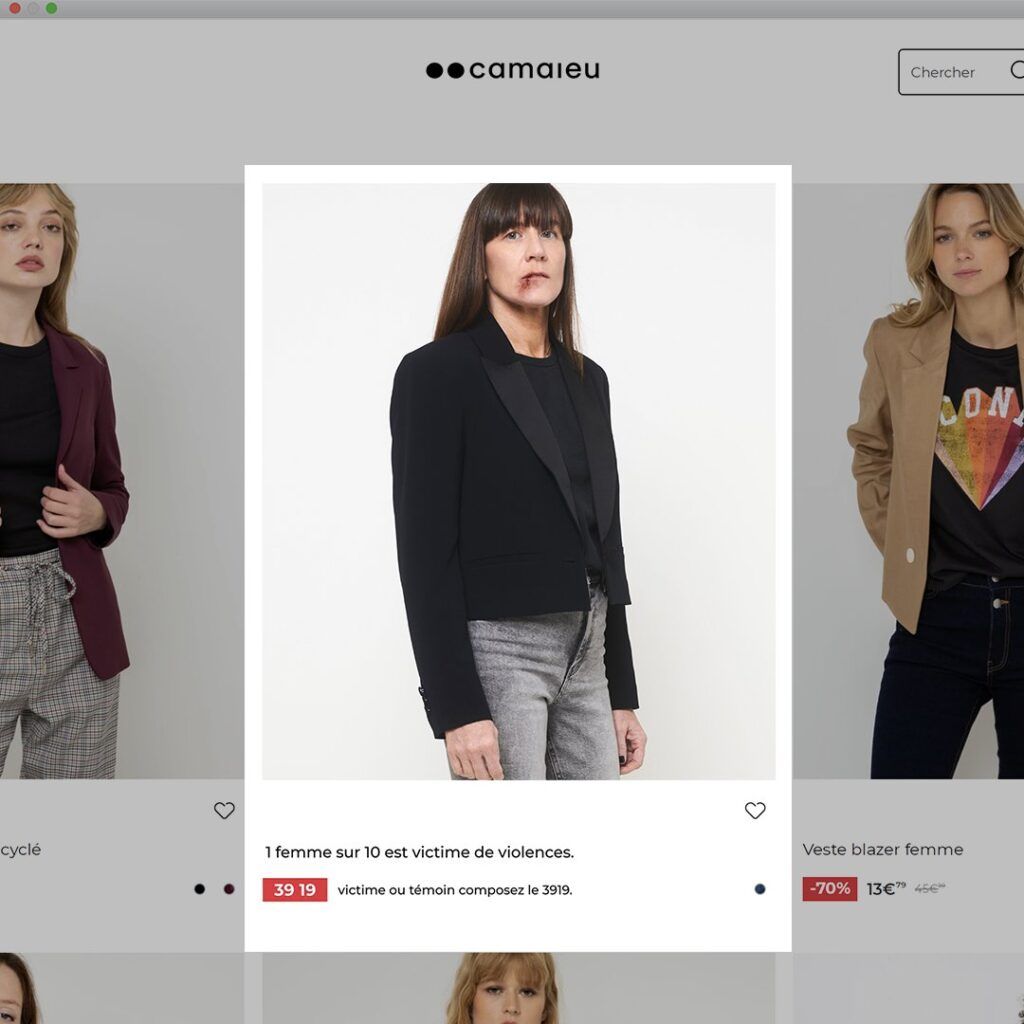 And how do you evaluate the campaign – courageous voice on domestic violence or inappropriate action promoting violence?