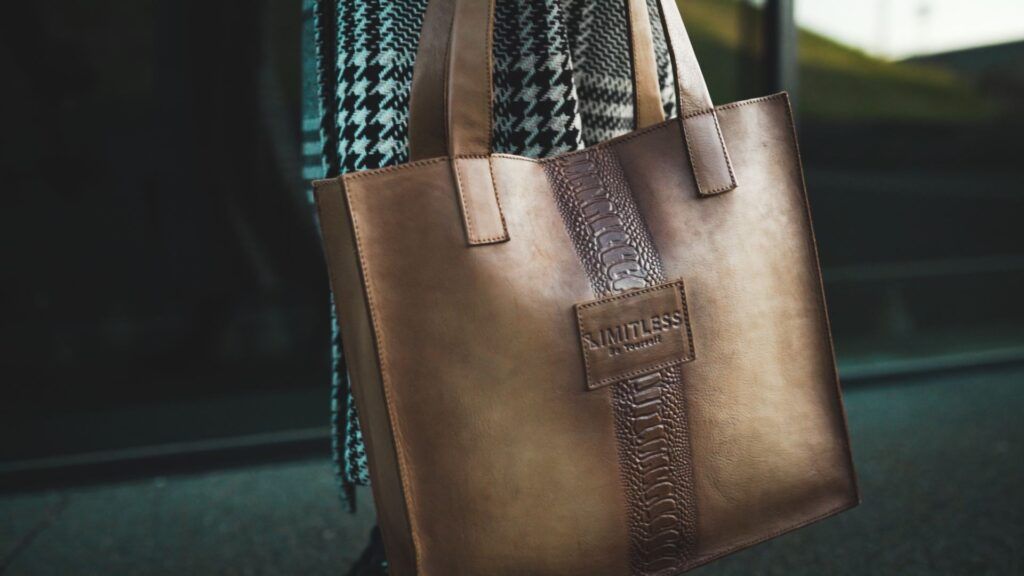 Her dad’s company used to employ 70 people. Today it is she who is trying to regain her lost possessions. [INTERVIEW]

You can meet her at trade fairs and although there are many exhibitors at such events, her story is unique. The brand she runs today was founded by her father, but the political transformation meant that the company, which in its heyday employed dozens of people – collapsed. As a result of automation and robotization, the Plusk family lost their jobs, social standing, faith and motivation, and Dominica’s father began to struggle with depression. Daughter has decided to take matters into her own hands. The heroine herself will tell the story of how she gave a new sense of life to her father, restructured the brand and found her place in the Polish tanning business – Dominika Pluska, founder of LIMITLESS brand.

This is one of the most difficult questions that I have not been able to answer for a long time, but until now Switzerland has been on a pedestal because it has been a symbol for my strength and perseverance. For the first two years after returning to Poland I felt very lost. My home country was supposed to be waiting for me with open arms, but the reality turned out differently. Apart from the fact that I spoke Polish, I had little to do with Poland. I fell into the trap of comparing “in Switzerland public transport is much better”, “in Switzerland in the office everyone is warm and helpful”, “in Switzerland everything is better organized”. Indeed, Switzerland is one of the best organized systems, it gives a sense of stability, safe routine, but it’s not the place where I could start developing the LIMITLESS brand. In Poland there is my dad, a source of knowledge, an expert on. leather processing, in Poland we have great leather workers and other production companies whose unused raw materials I use. I still often visit Switzerland, I do not exclude that one day I will live there permanently, but currently I use the knowledge and experience gained to rebuild the family business. This is where my heart is in Poland, this is where I have a mission.

When you chose design as your major, did you expect that this is how your life could turn out?

I always knew I would create something, I felt it since I was a kid. My parents ran a thriving shoe company that in its glory years employed more than 70 shoemakers. Unfortunately, just as I saw its great triumph, I later came to watch its great fall. The company did not survive until my twenty-second birthday. I left for Switzerland with no money, all I knew was that I wanted to finish my studies so that I could avoid the mistakes that partly contributed to the closure of the company. I wanted to know everything about branding, what is behind the success of large corporations, what questions I should know the answer to before I start a new business. So for my major I chose Industrial Design Management, often confused with design, which is actually a major, but more as a process that requires proper planning and management. The product or service is only the end result of this complex process. My studies taught me to think holistically, and the most important questions that shaped my brand were: who?, to whom?, what? i why?.

Your dad is partly behind the decision to come back to Poland from Switzerland. You tell about it?

Dad was always very strong, the employees respected him, sometimes instead of going to school I went with him to the company. I grew up with the belief that nothing is impossible. Unfortunately, along with the company, my dad also lost the meaning of life, he got depressed. I wanted to help him, but I didn’t know how, until I got him a handmade gift for his graduation – a bag, made of leathers which were lying in the old company’s warehouses. My father cut it out with a knife and studded it. When I went for a walk with him in the neighborhood, he began to reminisce: “here lives Jarek with his wife, they sewed beautifully”. We visited them. They live more than modestly, even though they have worked honestly all their lives like my dad. Completely, they did not find themselves in the digital reality focused on mass consumption. Then I felt a great need to return to Poland and thank the people whose handiwork I could watch as a child. I felt I had a duty to help them. I connected the dots, after all, nothing is impossible. I went to Switzerland for a couple of months, worked as a waitress to pay off my student loan, put my tips aside and sent my dad saying that the bag was very popular among my friends and we had our first orders. I’ll never forget the happiness and glitter of hope in his eyes. As the brand grew, the depression began to subside. Dad began to feel needed again.

How the process of introduction to the functioning of the studio looked like? Did you have to learn leatherwork from the beginning or did you already have the basics from the time when your dad had a shoe manufacturing company?

Our bags are created from upcycled leathers, which are leathers that have not met the quality or quantity for mass production by other companies. As a result, each bag is developed individually and is unique. The procedure of restoring damaged leather is very laborious and requires precision. The source of priceless technical knowledge is my dad, he is the one who can create a work of art even from the most neglected materials. My job is mainly to design, select colors, combine textures and patterns. I think I absorbed most of my knowledge unconsciously by watching the production of shoes, and I just have a knack for it. I love what I do.