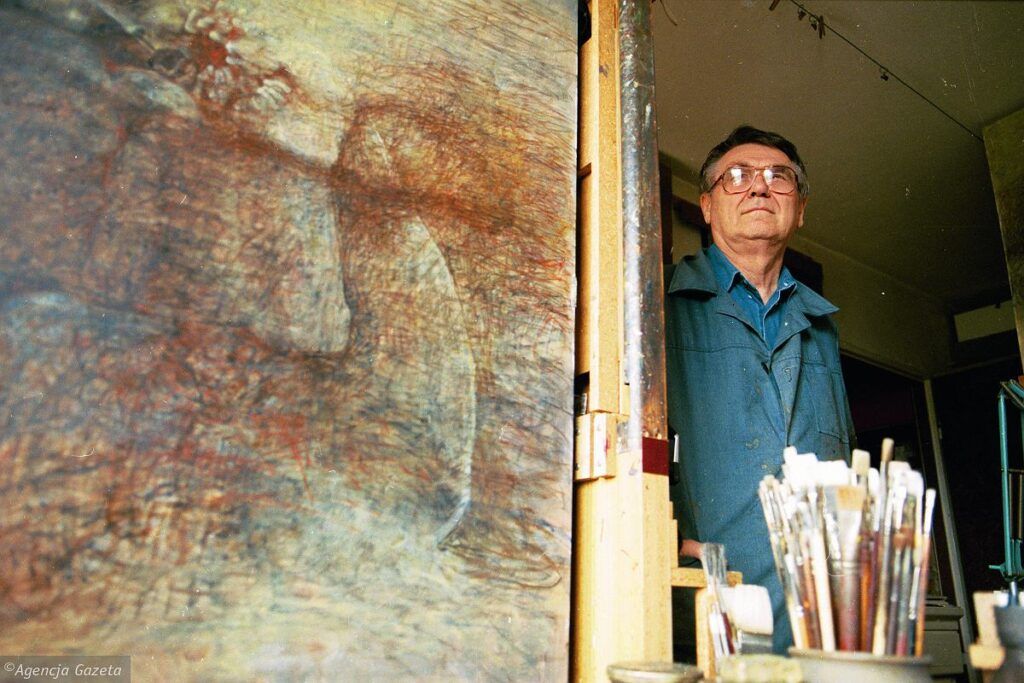 The work of Zdzislaw Beksinski once again inspires! This time, the works of the Sanok Master inspired the famous Japanese fashion designer Yoji Yamamoto to create a clothing collection for fall/winter 2022.

In designing the collection, Yamamoto – winner of the French Chevalier award to I Ordre des Arts et das Letters – collaborated with the Historical Museum of Sanok. "When Yōji Yamamoto is about to appear on the catwalk of a fashion show, the halls are mostly filled to capacity. The main inspiration for the new collection by one of the most famous designers in the world was the work of Zdzislaw Beksinski, an artist from Sanok. The collection, inspired by the surreal world known from the paintings, was created in cooperation with the sole heir of the artist – Historical Museum in Sanok. The designer contacted us many times. He was interested in Beksinski's paintings painted in the 1960s. i 70."- informed Dr. Jaroslaw Serafin, the director of the Sanok museum.

A well-known clothing brand BYTOM is interested in Beksinski in Poland. In 2021, in cooperation with the Historical Museum in Sanok, it has prepared a collection of clothes with his works. The collection is inspired by the oneiric-surrealistic world known from the paintings of Sanok's Master. Reproductions of his paintings have been directly translated into t-shirts, sweatshirts and jackets. Both the materials used for the collection and the innovative approach to form give the whole line of clothes a unique character. The color scheme of the collection is limited to blacks, navy blues and shades of camel, which relates directly to the color palette used by Beksinski.

Who was Zdzisław Beksiński?

He was born in Sanok in 1929. After finishing architecture at the Cracow University of Technology he returned to his hometown. Since 1959. by 1967. worked as an artist in Sanok Autosan Bus Factory, founded by Mateusz Beksinski, the artist's great-grandfather.

In 1977. He decided to leave Sanok, after the city authorities decided to demolish the Beksinski family house. He settled in Warsaw.
On February 21, 2005 Beksiński was murdered in his apartment in Warsaw's Mokotów district. According to his will, he was buried in Sanok.