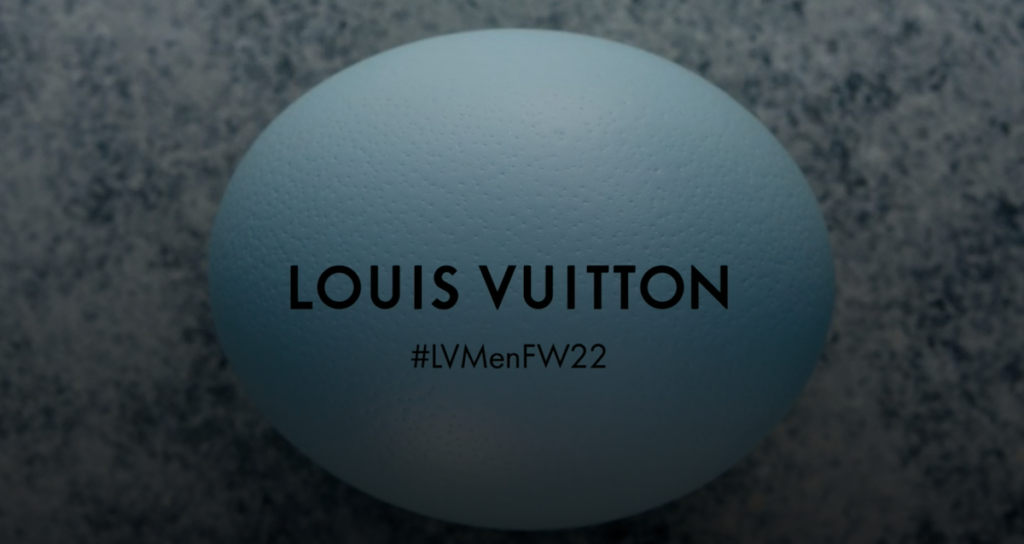 SUMMARY OF THE WEEK: what happened in the fashion world?

“360 degrees – subjectively about fashion business” is a weekly newsletter describing how the fashion industry is changing, showing the most interesting ideas and collections and publishing job offers!

We start the summary of the week with a revolutionary Polish eco-initiative of the OTCF conglomerate, brand owners 4F, which, together with the “Clothes to Donate” is committed to fighting the negative impact of the textile industry on the environment.

Action under the slogan 4F Change The aim of the campaign is to introduce a circular circulation of clothes and to promote proper attitudes both on the part of consumers and business.

Introduction of second-hand sportswear to 4F stores is at the core of the innovative 4F Change project. It is worth emphasizing that this is only the first step on the way to a great goal, which for 4F is the application of the principles of closed-loop economy on a wider scale.

As part of the project, 4F has decided to introduce second-hand clothing to selected stores, which of course will be properly prepared to enter the second circuit before sale. Additionally, the brand will set up its first clothing store in Krakow, where customers will be able to dispose of their excess clothing in exchange for additional benefits. Later this month, the brand will launch a test outfit rental project. As 4F points out, the company is just gearing up for a long run toward conscious fashion and environmentalism.

Huge applause to 4F and Clothes to Give back for awareness and taking bold action. A move by a fashion giant like OTCF just goes to show that major initiatives to fight for the environment should come from the strongest in the fashion industry, and that small steps are the best way to make big changes.

Staying on the topic of ecology and sustainability, it is worth mentioning the new eco-strategy The North Face. This one of the most popular sports fashion giants has announced new goals for the next years, closely judging its plans around the theme of circularity in fashion and minimizing the negative environmental impact of the clothing industry.

In line with its core intention, VF Corporation will enable clothes to live longer and facilitate their refurbishment, reuse, recycling or upcycling. The company is also working to improve its brands, in terms of the supply chain and reducing waste.

Can the practices of VF Corporation, become a benchmark and example in building conscious and sustainable fashion? Definitely yes, but it would mean a fundamental change in the way the global economy functions and a redefinition of all its pillars. 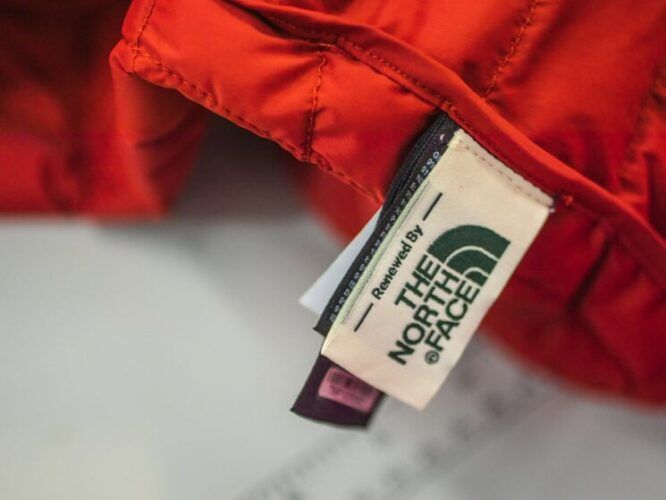 The past week has also brought extremely sad news for the fashion industry. At the age of 73, he passed away André Leon Talley – American fashion icon.

This is a huge loss, especially considering that Talley has enriched the fashion industry for over 40 years and has been an inspiration to generations. In the 1980s. He served as the head of fashion department of American “Vogue” and in 1988 he became the first Afro-American in the history of the magazine’s creative director. For years, it has been friends with editor-in-chief Anna Wintour. He was also a juror on “America’s Next Top Model” and a stylist for the Obama family. Talley was also the editor of the most prominent fashion magazines. He wrote m.in. for WWD, Interview, Vanity Fair, House & Garden or Vogue. 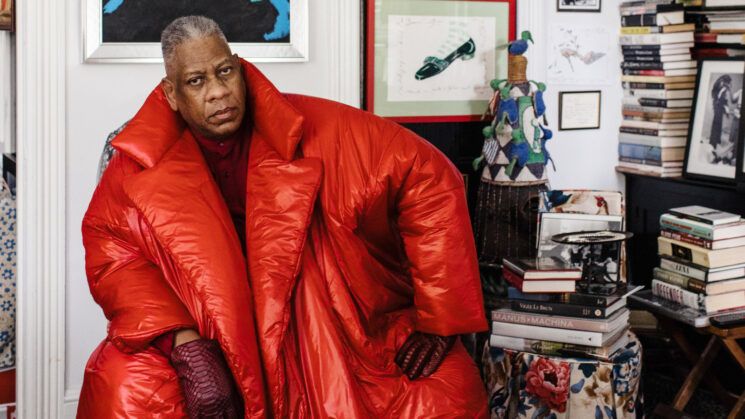 Fashion house Gucci Perhaps he took too much to heart in celebrating the inauguration of the year of the tiger, involving live animals in his latest campaign. This has not escaped the attention of animal rights activists, which has brought the Italian brand under severe criticism.

Despite declarations that all tigers were photographed in a safe environment and were monitored by the American Humane organization, there was a boycott in the chain. “Animals are not an accessory” – was one of many comments expressing bitterness about the practices of the Italian fashion house.

It is worth noting that tigers are currently on the International Union for Conservation of Nature’s Red List of Threatened Species, which documents the most vulnerable animal species worldwide. 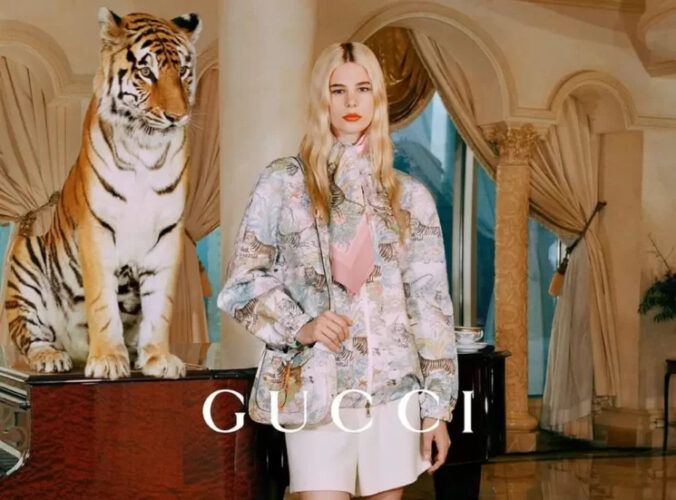 The past 12 months have been a busy time for MODIVO a number of changes and innovations. This is also the time when the platform has been repeatedly awarded in the e-commerce industry. Cooperation with InPost, and the resulting –introduction of innovative reusable packaging, made a lot of noise about MODIVO recently. And as they announce – this is just the beginning of the revolution! 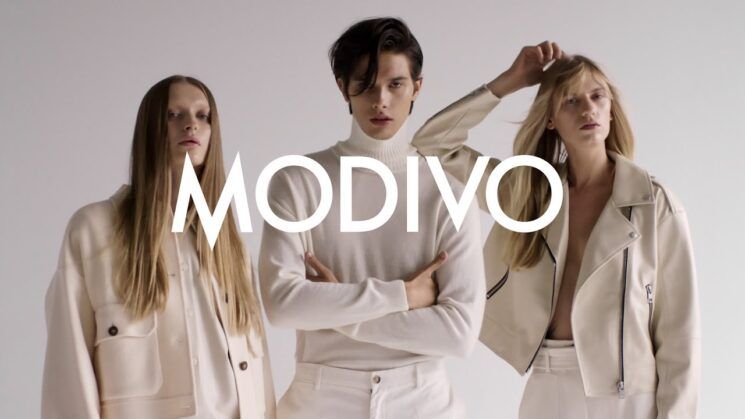 The collection presented was 95% developed before Abloh’s death. Surfing the concept of “alternate reality”, it has dignified the variety of everyday objects so characteristic of the playful and streetwear style that Abloh loved.

The show featured vivid colors, washed denim with the LV monogram, tailored floral sets, expressive jackets and shirts, as well as sneaker designs and many reinterpretations of bags, including the classic trunk and backpacks.

The #LVMenFW22 show definitely celebrated the life and work of the prematurely deceased Virgil Abloh. To learn more about the event, click here.

On the occasion of the approaching weekend, we have for you the perfect reading, which has the chance to stimulate the imagination and thus – charge the hormone of happiness! We are talking about the latest material in which we analyze the growing trend dopamine dressing. Together with experts – trend researcher Basia Kruk, better known as Ciao Basia, and stylist Aleksandra Kapka we break this trend down into its essentials, wondering where exactly the source of positive energy lies.

PS. There is a very high probability that after reading this, you will want more colors in your closets 🙂