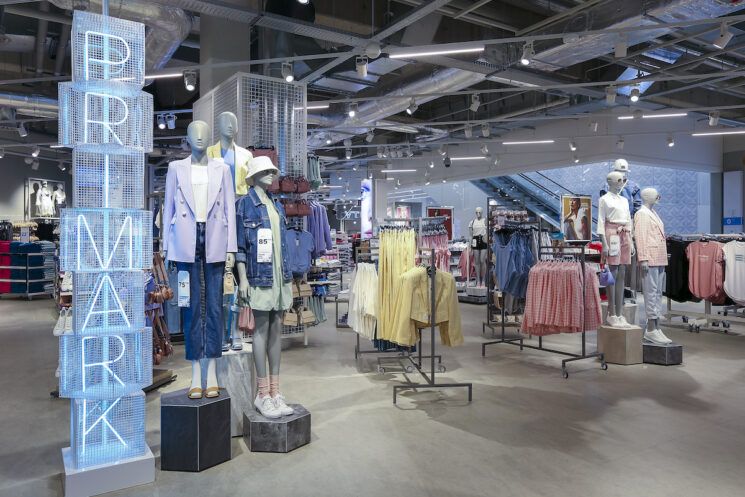 Summary of the week: What happened in the fashion world?

“ 360 degrees – Subjectively about the fashion business ” This is a weekly newsletter describing how the fashion industry is changing, showing the most interesting ideas and collections, as well as publishing job offers!

The fashion world says goodbye to another legend. Thierry Mugler – designer, visionary, haute couture genius and fashion director – died at the age of 73.

The designer’s death was informed through his social media accounts. In a farewell post on Instagram, he was described as “a visionary that imagination gave people around the world to make them bolder every day and dreamed of greater things”.

He was talked about “fashion director” because his every show grew up to the rank of a spectacle. He proposed avant -garde, extravagant, theater fashion. Although Manfred Thierry Mugler (in recent years he preferred to address him in this way) he retired in the early 2000s., he was still designing. He created unique creations for the biggest showbiznes stars: Beyoncé, Lady Gaga, Kim Kardashian and Cardi B.

Burda Media Polska has decided to close Elle Man, Focus and health itself

The crisis on the press market collects its next harvest. This time Burda Media Polska decided to close a group of titles related to the brand “Focus”, “Focus Historia”, “Focus Coaching”) and magazines “Elle Man” and “HEALTH”.

“When deciding on the reorganization of the portfolio, Burda reacts to a dynamically changing market situation, which results mainly from rapidly growing costs of paper, energy and services, as well as changes in consumer behavior. The portfolio reorganization will also allow you to improve the company’s operational activities and effective implementation of the adopted development strategy “– We read in a statement Burda Media Polska.

In 2020, the revenues of the Burda Media Polska Publishing House decreased by 20% to PLN 130.75 million, mainly due to a decrease in advertising revenues by 35.2 percent. 2021 did not bring further increases from advertisers. We would like to remind you that in 2021 the publishing house resigned after many years of running a biweekly “ Gala ”. The publishing decision should not surprise in the context of a large decline in the reading of the printed press in recent years. However, it can be suspected that the planned merger of Burda Media Polska from the Edipresse Group had the final influence on the decision. 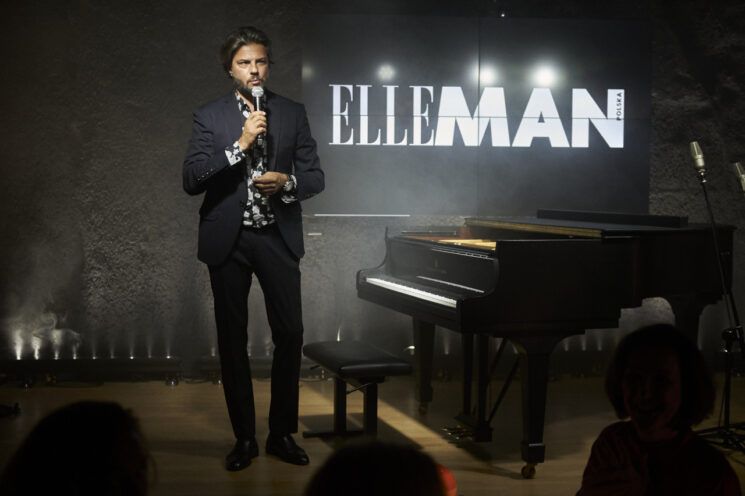 The Chanel Haute Couture show in the spring-summer 2022 has already gone down in history-and all thanks to Charlotte Casiraghi, the music of Karl Lagerferd, who opened the show by entering the catwalk on a horse. It cannot be denied that this concept caused many extreme opinions on the web and initiated the discussion whether the presence of the animal on the catwalk was appropriate.

The new Chanel collection did not escape, which introduced the Haute Couture concept in a completely different dimension. The silhouettes of Chanel created under the artistic direction of Virgina Viard, were significantly different from what most of us associate with haute couture. There were no vast frill and feathers here, there were no great volumes, attached wings and the body of corsets who were fitting the body. Handicrafts, sophisticated tailoring and the power of detail were appreciated. Is it a new chapter in the history of haute couture? 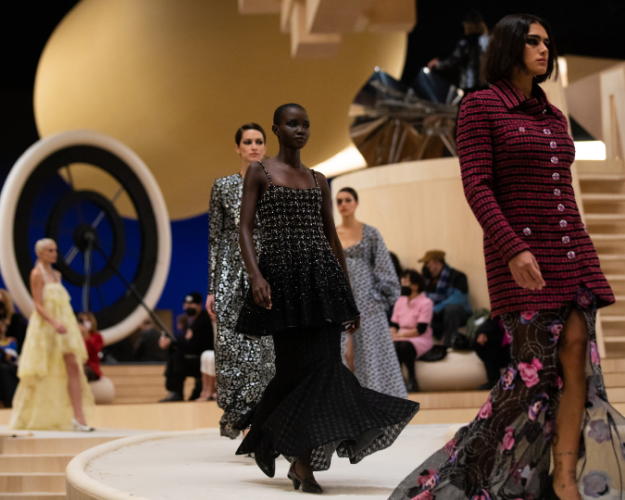 4F will dress Olympians in Beijing

UŻ on February 4, the Olympic Znicz will light up at the XXIV Winter Olympic Games Beijing 2022. The Polish team will once again perform in 4F costumes.

Work on the preparation of the collection lasted over three years. A number of challenges faced the team: the need to match the clothes to different needs depending on the sporting discipline, weather conditions in Beijing or the possibility of combining the assortment and its colors so that athletes can freely and easily create different styles in one collection. Designers also focused on the most important aspect for players – the functionality of clothing. A special application is to help the competitors. After scanning the QR code, the Olympian will be transferred to a page with access to sets adapted to weather conditions. It is also worth noting that one -third of the collection consists of materials obtained from recyckling.

The world level presented by 4F was also appreciated by foreign Olympic committees. This year, players of eight Olympic and three Paralympic committees will perform in 4F costumes in Beijing. In addition to Poles at the Beijing Games, 4F outfits will also be worn by athletes from Slovakia, Lithuania, Greece, Croatia, Latvia, Serbia or Portugal and Polish, Slovak and Croatian Paralympians. Applause 4f! 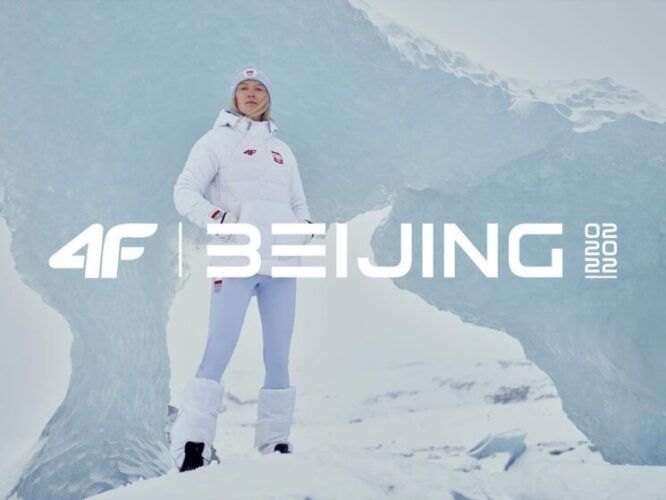 The Italian brand of luxury men’s clothing Brioni announced Jude Law and his son Raffa Law’s latest home ambassadors. The duo will debut in the brand’s campaign in spring/summer 2022.

Brioni, a luxury brand of men’s clothing, was founded in 1945 in Rome. From the beginning, designers used a bold color palette and introduced slimming models of outerwear. The position on the fashion market was strengthened by the production of suits, hats, ties, shirts and footwear.

In 2019, Brad Pitt became the brand’s ambassador, who appeared in several campaigns. With the new season, it’s time for change. Jude duo ’ A Law and Raffa Law can be seen in the spring campaign Brioni, for which Craig Mcdean took pictures. 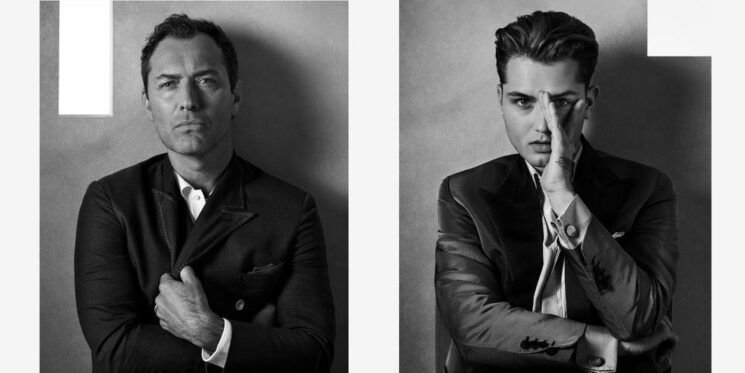 “JEstimation incredibly disappointed that I can’t present a show during the New York Fashion Week. Over the past month, we have struggled with many cases of Covid – both in our design studio, Atelier in Los Angeles, as well as in our factories in Italy. We tried everything in our power. Unfortunately, we are not able to present the ready collection” – we read in a statement of the Tom Ford brand. 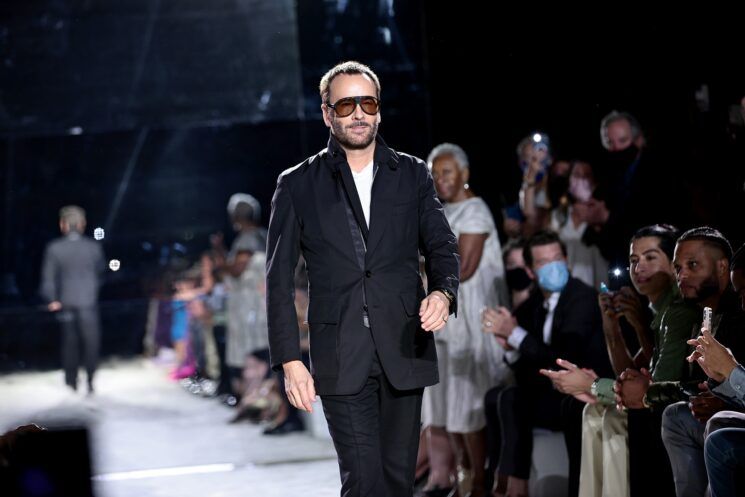 What’s up in fashion business?

STORE-IN-STORE: Decathlon is testing a new concept in the Carrefour hypermarket

It seems that we are witnessing considerable innovations on the commercial market. One of the precursors is Decathlon, which in the Pabianice hypermarket Carrefour will open the DECATHLON BASIC store. This is the first example of cooperation between the commercial and sports network in Store-In-Store, which will allow you to provide access to the Decathlon offer in smaller cities. If this format encounters the interest of customers, the network plans to open the next Decathlon Basic concepts.

In terms of new products on the commercial market, it is also worth mentioning the new concept of maintenance -free Żabka, which in turn appeared in one of the Decathlon showrooms. Żabka Nano, has recently been opened in a salon in Piaseczno. Although this is not the first maintenance -free Żabka on the market, this salon is the first to use the innovative method of authorization and payment for purchases. You will reach for more details here. 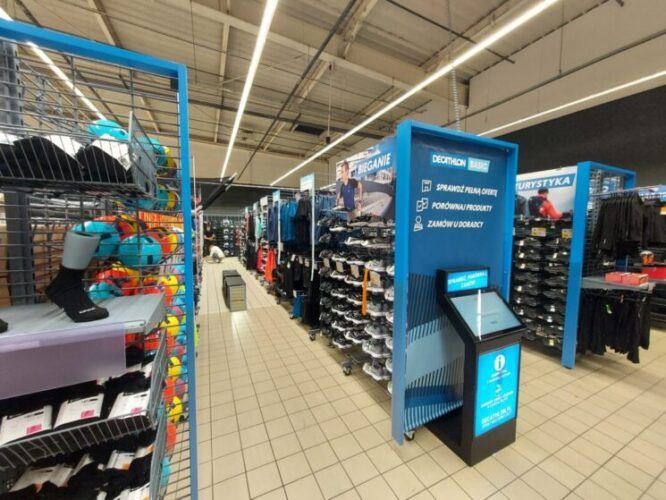 The CCC Group is already another company that takes responsibility for clients, employees, society and the environment for one of its main goals. The effect of these activities is to be the introduction of a circus management model in subsequent years. The group’s activities were analyzed by Circulitics, tools created by Ellen MacArthur Foudation, an organization dealing with the development and promotion of circular economy, which helps companies measure and track the circulation of secondary raw materials.

We are the first company in Poland that decided to report to Circulitics. We have gained not only the assessment of what we have been achieved so far in the context of circulation economy, but also tips on directions to improve and the possibility of comparing the group’s progress with other entities from the sector and industry – says Hanna Kamińska, director of the board office at the CCC group.

In turn, for more information on fashion circularity, we encourage you to reach for Ewelina Antonowicz in the #Movingforward cycle. 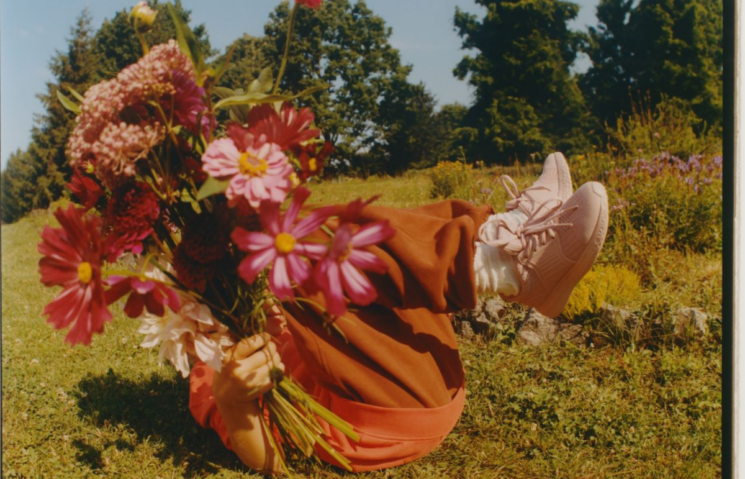 Primarek’s expansion on the Polish market is going on for good. New plans have just been announced about the range of stores, located in the Magnolia Park shopping mall in Wrocław and in Manufaktura in Łódź. Their opening is scheduled for the end of 2023. They will join the salons previously announced in Krakow and Katowice, thus increasing the number of announced openings of Primark stores in Poland to four.

Slovakia and Romania are to be the next markets that the retailer is planned. Last year, the company announced plans to accelerate its pace on the American market, based on high speed and the growing consciousness of the brand, with the intention of reaching about 60 stores in the next five years.

PR-POW is not a salesman. What is the work of the province?

The profession of a PR in combines a lot of competences, but it seems that the environment is still insufficient, but also customers know the essence and nature of this work. Justyna Majka decided to check what the opinions of PR professionals are on this subject, but also journalists themselves.

Experts that in part i. The text shared with us their knowledge and experience are the PR specialists: